Anne of Green Gables and The Railway Children

I'm finally reading Anne of Green Gables thanks to the series "Anne with an E." Somehow, even though this book is exactly in my preferred genre of books when I was young, but I never read it. How did I miss it? 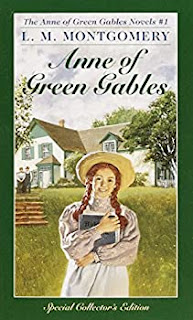 It's not that "Anne of Green Gables" wasn't available. I saw it on every spinning book rack at the library. I did read "Rebecca of Sunnybrook Farm," "Pollyanna" and "Heidi" - as they fit the criteria above. So I assumed Anne was in the same vein, so I'm good and have it covered. I also figured it would be the same but just more polished - maybe like "The Secret Garden." That is another book I never read, but saw different movie versions. I had friends gush about it, and I was fine without it.

So, I recently requested a copy from the library and I'm rather enjoying it. I do wish I had read this through 11-year-old eyes rather than as an adult. Comparing the book to the Netflix series - it's really stayed true to all of the characters' spirits and storytelling. It's also intriguing since they're giving it modern sensibilities.

What kind of books did I like to read at the end of elementary school? 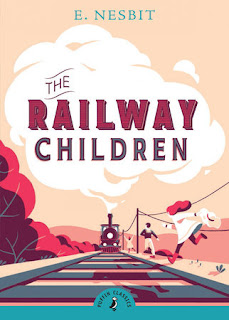 The book that I loved seems to have escaped commercial popularity. My favorite book was "The Railway Children" first published in 1906 by Edith Nesbit. My father had brought this book home one day for me. We actually did not own a lot of books because we were big patrons of the library. We trekked back and forth every week with armloads of books. (We lived in Queens, NY in 1970's so we were free to walk to the library.) After all these years, I recently downloaded a library copy it on my Kindle to reread, and I loved it. I found the 2000 movie version on Amazon last year; actually seeing it helped clarify some of the confusing parts of the book and my comprehension. There was a "hound in a red jersey" and I was confused if it was a dog or a boy.

The story is about 3 British siblings and their mother who have to live in the country for some time because the father was involved in some "business matters." They had to shift to their country home and "play poor" for a bit. (They had a 'Schitt's Creek" situation). They have their adventures near the railway station, the locals and even the passengers on the train.

As the oldest of three, I easily identified with Roberta (Bobbie), but there were times I did not understand her. Though I did feel for her trying to manage her younger siblings since I had a brother and sister as well. The way they entered the old house reminded me of the way we had moved into our big empty house in Queens and spent time exploring the house and the environs.

One of my favorite parts was when they made a birthday cake for someone and whipped up frosting out of sugar. Wow - a recipe for frosting? I used the book as a cookbook and tried to follow it. Didn't really work out if I remember.

The interesting part when I reread this now was that the mother wrote short stories and sold them to make money. This is absolutely fascinating because in 1900's England, this was the only option for an educated woman of a certain class. The mother is always stressed out - I remember the girls put eau de cologne on her forehead to help her. My gosh - that poor woman! Her husband is tangled up in some messy business, their names are in the papers, she's gotta take her 3 kids to the country and figure out how to manage alone! Fortunately, it does have a happy ending - else I wouldn't have read it so much!

Side note - British actor Jenny Agutter plays Roberta (Bobbie) in the 1970 version of the movie, and then she plays the mother in 2000 version. But.. wait.. I know her.. Sister Julienne from "Call the Midwife"!
at 4:57 PM