I just finished “Eat, Pray, Love” by Elizabeth Gilbert, her memoir tracking her journey of self discovery in three countries. Part of her adventure was learning about devotion and spirituality in . Even I was inspired to go live in an ashram in .

This trip to didn’t leave much time for any spiritual connections for me. However, I was surprised to see my daughter received quite a spiritual awakening.

I always thought my daughter was a little bhakti (devotee). When she was 2, we had videotaped a Teletubbies episode where they showed Indian kids dressed up for Diwali and going to the temple. Annika used to sit there glued to the TV while the kids did their aarti. My mom handed her a thali and she started waving the plate around as the kids did.

She goes to an Indian Sunday school, which offers language, culture and religion classes for children. We never had anything like this when I was growing up, so I’m really happy we can take advantage of a great program in our community. This has really given her a level of confidence that my generation never had about being Indian and Hindu. 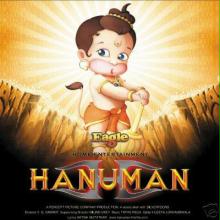 In , she became a big fan of the religious cartoons such as Bal Hanuman, Bal Ganesh and . The shows are offered in Hindi and English, which was good for her. I was impressed when she said she watched one movie in Hindi with English subtitles. So, she was always willing to watch one of these animated shows. Our 4-year-old nephew talks about being Hanuman and Ganesh like other kids talk about Spiderman and Batman. He has stickers, a dhanushya (bow) and a plastic mace like Hanuman. He even dons the plastic masks and dhoti.

I was happy to find two books on Hindu Gods and Indian historical figures, which she loved. It's always been a challenge finding age-appropriate reading material for her. Some of the books have too much graphic violence or too much text and lofty materials.

Oftentimes, she would curl up with these books even if no one was available to read the stories to her. This pleasantly surprised me to see my daughter read something that did not have a princess or a mermaid in it.

The books I bought were by Nita Mehta Publications and titled "Historical Tales of India" and "Tell Me About Hindu Gods and Goddesses." These seem to be available only in India, but can be bought online. Another publisher that has been recommended to me is Tulika, whose books are available online.

Email ThisBlogThis!Share to TwitterShare to FacebookShare to Pinterest
Labels: India

Can you share the names of the book you got for Anika? Sounds like they are different from the usual ones you find in a bookstore.