When Netflix launched April 1998, we did try the DVD by mail service. But we accidentally mailed the wrong DVD back to them, which they promptly returned to us. We supported our local video stores until they disappeared and turned into a kiosk at the grocery store.

As Netflix expanded, the world buzzed about “House of Cards” and “Orange is the New Black.” Fortunately, we were able to procure the DVDs from the library. “We’re good and why don’t need Netflix since we barely watch cable TV, and my daughter will be glued to it even more.”

On November 25, 2016, they announced the reboot of the “Gilmore Girls.” That’s when I said “We need Netflix. NOW.” I had fallen in love Lorelei and Rory on reruns for the past year, unwinding after work with any random episode to escape into Stars Hollow. Let’s try it out and see if it’s worth it. Yes, we fell into the chasm of scrolling through choices and finding all the things we “always wanted to watch.”

Coincidentally, it was November 2016. Remember if anything else happen then? Oh yes, the whole world turned upside down due to an incomprehensible election. Like many Americans, I’ve been consumed by the news - the decline in morality, disappointment in the lack of integrity of elected officials. I’ve cried for children in cages and children who hid under desks. I listened to public radio journalists who tried to hold onto professionalism as they relayed the absurd and vulgar Tweets. We marched every January, hoping for the best.

That winter was a very dark time for the world, and it became even darker personally as we had a loss in the family. My husband was traveling quite a bit and I was dealing with changes at work. I ended up turning to Netflix for diversion. I discovered different shows that helped me feel less alone or give a different perspective. This escapism has continued for another 3 years now.

For reference, I do not ‘binge’ on a series to complete all at once. I try to stretch it out as much as I can. The most I’ve done is 3 episodes in a row. If I like it, it’s a chocolate bar and I take a bite at a time to make it last as long as I can. So here’s a run down of the shows that gave me solace in a time of confusion. This was first on my list of “always wanted to watch,” due to the reviews, the glamour of the era and personally, advertising was my dream career path. I never wanted to start in the middle of the series. Now it was completely on Netflix, I thought I’d give it a go. I escaped to 1950s America and then followed the team into the 1960s and 1970s through the 7 seasons.

There was one episode with a backdrop of the Cuban Missile Crisis and the characters contemplated the possibility of imminent nuclear war. If we forward to 21st century, this paralleled our own fear with current administration egging North Korea to continue nuclear missile tests.

Why is it “self-care”: It is a total escape into the past where people were jerks to each other’s face and did not hide behind social media. We could feel better about the sexism, crime and pollution in NYC now that we fast forward 50 years and have laws to protect workplace harassment. And of course, Jon Hamm as Don Draper – the most attractive, complex and enigmatic character on television. This America felt more familiar, even though I never knew it this personally. 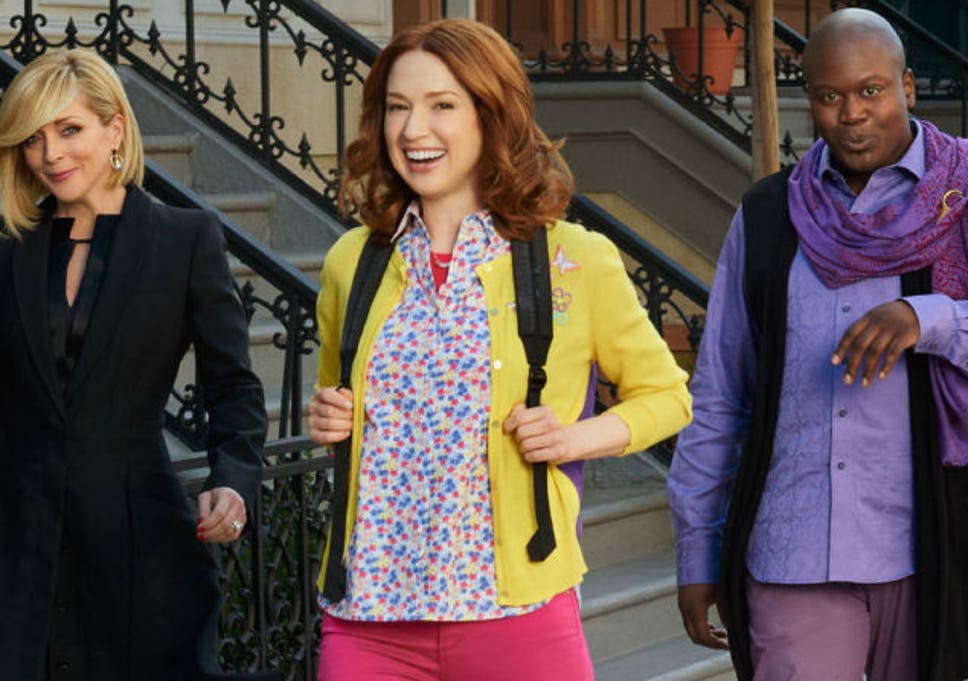 I don’t know why but this show is my happy place. It’s smart, it’s witty and relevant, and then just silly.. The minute I turn this show on, I start cracking up. Maybe I’m still in 8th grade like Kimmie, but her optimism and enthusiasm are perfect escape. Tina Fey is a goddess of quick wit. Sometimes the joke just flies by so quickly, you know you were just hit by it, but can’t even explain to someone else.

Why is it “self-care”: Moments to laugh hysterically and surprise Jon Hamm appearances.

When I come from work, I relax with an episode of this show. There’s companionship and politeness. There’s chocolate and Italian meringues. No one yells at anyone saying “you’re fired” or insulting anyone’s cooking style. Usually if the person has done a bad job, they know it. They don’t need a judge to humiliate them. Instead the other contestants and the hosts come around and give everyone a hug. Plus there’s the whole British baking language – remember that when they bake “biscuits” it’s really cookies and not doughy Southern style biscuits.

Why is it “self-care”: When we’re not in the tent, the camera takes close ups of a surreal green countryside and all the bits of nature. Then the desserts and bakes come together in beautiful displays that are so impressive and you’d love to indulge. By the end of the season, everyone is your friend and you’re crying when they have to go home.

Note - this appears on PBS too.

I’ve written a blog and then some about the Kindness Diaries. It marries travel shows with human interest stories. Leon Logothesis is charming and amiable.

Why is it “self-care”: this is a reminder that people are good in real life. We need to step away from the horrible stories we see online and just remember that one on one, people are still good and will try to help someone when they can. 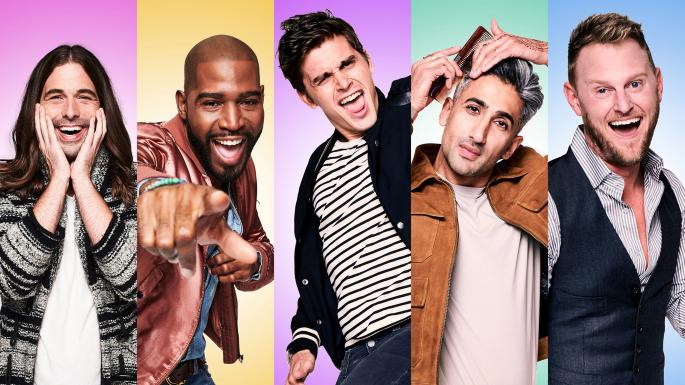 I love them. I watched the original series years ago, and was skeptical about the new cast taking this over. However, they’ve done a superb job and you can see their own metamorphosis from first season to becoming international ambassadors of positive energy and being true to oneself.

Why is it “self-care” : we start with a struggling ‘hero’ and we learn to empathize with them. We understand their challenges and might have felt that way. By the end of the episode everyone has transformed and QE team is amazing and supportive. It feels good for the person who has struggled alone to have someone who is on their side and focused only on them.

And, cue the waterworks at the end of certain episodes. Yes, they do deserve this – they opened themselves up to change and the universe will help – even if it is 5 great guys. By the way, I think their home makeovers are SO much better than the Fixer Uppers and other HGTV shows. When those shows reveal at the end, you know exactly what the style will look like (shiplap, anyone?) Does everyone really want a farmhouse style? The beauty of the QE renovations, it's like they know what the Hero of the episode dreams about and honors that. That's a true makeover.

I could keep going on and on about my other favorite shows, but these are the ones that get my spirits lifted and I might do a separate blog post about those. So, I’m grateful for the “Gilmore Girls” reboot came